Qingdao Oriental Movie Metropolis, which covers an area of 200 hectares, is the world's only film and television industrial park where you'll find film and TV shooting, production, exhibition, and film tourism all in one place. After opening to the public in April 2017, it will host the Qingdao International Film Festival each year in September. 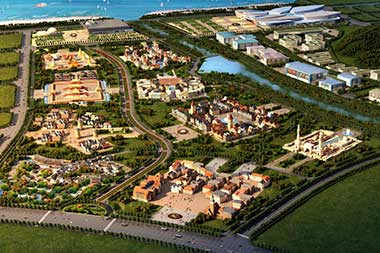 This zone will feature outdoor sets with themes like continental Europe, ancient China and the Arab world. The project’s film production zone will feature 45 sound stages. Notably, this number will include one 10,000 square meter stage – the world's largest – as well as the world's only fixed underwater sound stage. 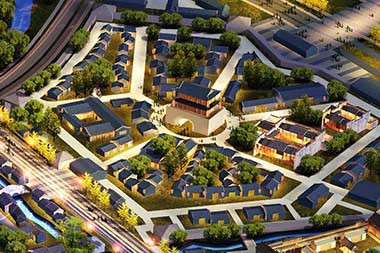 The production area will also house cutting-edge equipment for sound effects, dubbing and animation alongside workshops and factories for creating wardrobes, props and equipment.