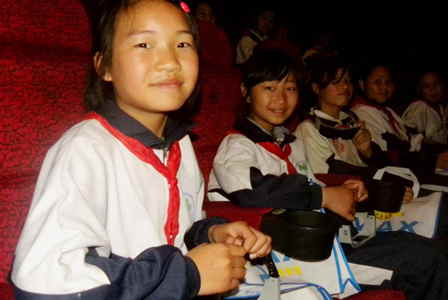 Shanghai Wanda Cinema’s Zhoupu branch invited 116 children from Meilin School for Migrant Workers' Children to watch the 3D blockbuster The Croods on May 30. It was the first cinema experience for most of the kids, whose parents were too busy working and did not have time to take them to watch movies. After the movie, volunteers of the cinema give the children crayons and beverages as their Children’s Day gifts. 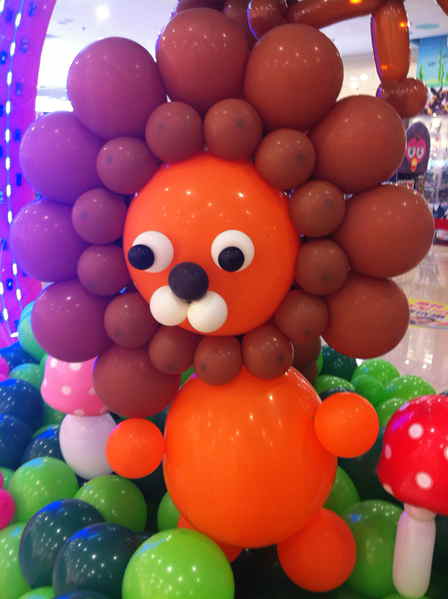 Before the Children’s Day, Qingdao CBD Wanda Department Store staff decorated the store as a “zoo” by using balloons to create animals such as lions, rabbits and giraffes. The landscape attracted many children to snap pictures of themselves with the “zoo”. On May 29, Changchun Wanda Cinema welcomed a group of special guests – children with autism, brain paralysis and poverty. They were invited by the cinema to watch the 3D cartoon movie Happy Little Submarine 3：Rainbow. The kids had expected to watch a movie for a long time and were very excited about the experience. 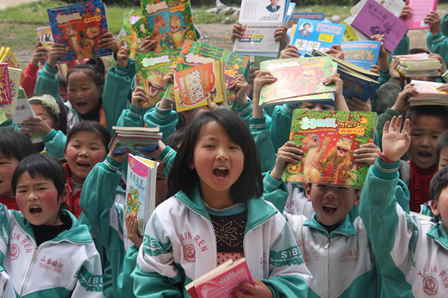 Shanghai Wujiaochang Wanda Plaza and the Hongkou Yiqunren Volunteer Service Center donated a library to a village primary school in Liancheng Town, Mengyin County of Linyi City in Shandong Province. The library, with a total of 2,000 books from Wanda staff of the plaza, is expected to bring knowledge and hope to the 160 impoverished children of the school. The former school library has fallen into disrepair and has not bought new books since 1994.

Zhengzhou Wanda Cinema’s Zhongyuan branch and the Heqin Charity Community jointly held a party on May 27 for more than 200 migrant workers’ children to celebrate their upcoming festival. A photo show, as part of the party, encouraged children to post photographs taken by themselves. 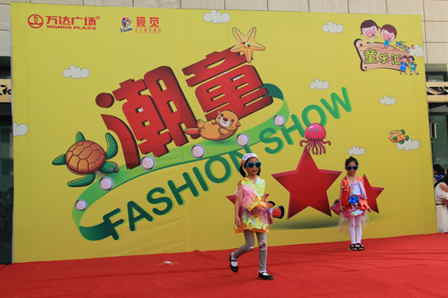 Changchun Wanda Plaza in Hongqi Street held a catwalk show for children before the Children’s Day. Children walked the runway wearing their self-designed costumes made from environmental-friendly materials. The activity aims to promote children’s environmental awareness and encourage their creativity.

Next:  Volunteers come to aid of quake victims