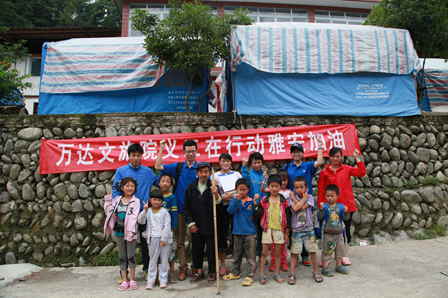 Staff of the institute raised a total of 57,000 yuan and books in just a couple of days after the earthquake and decided to hand in the donations directly to the most needed in the quake-hit area.

After collecting information from different avenues, the institute chose two families to provide assistance. The two families suffered both devastating earthquakes in 2008 and 2013.